We are experiencing longer than average wait times for phone inquires; please be assured our teams are doing everything possible to answer your call. To help save time, please book online, using the red Book Now button – or click on the links below to jump to some of the most frequently asked questions.

Book Online for the Best Rate with No Wait

We are experiencing longer than average wait times for phone inquires; please be assured our teams are doing everything possible to answer your call. To help save time, please book online, using the red Book Now button – or click on the links below to jump to some of the most frequently asked questions.

Please review the following information as it pertains to Face Coverings and Destination Centre access at this time.

Canad Inns is proud to be Manitoba’s Largest Hospitality Provider, one of Manitoba’s Top Employers and a Platinum Club member of Canada’s Best Managed Companies.

Canad Inns holds a significant market share within the hospitality industry with our facilities, affiliated restaurants and event centres serving over 9 million customers annually. We are the largest food and beverage operator in Manitoba with over 37,000 seats in our restaurants and event centres. In North Dakota, our Grand Forks facility can accommodate over 1,600 people in our various food and beverage venues. 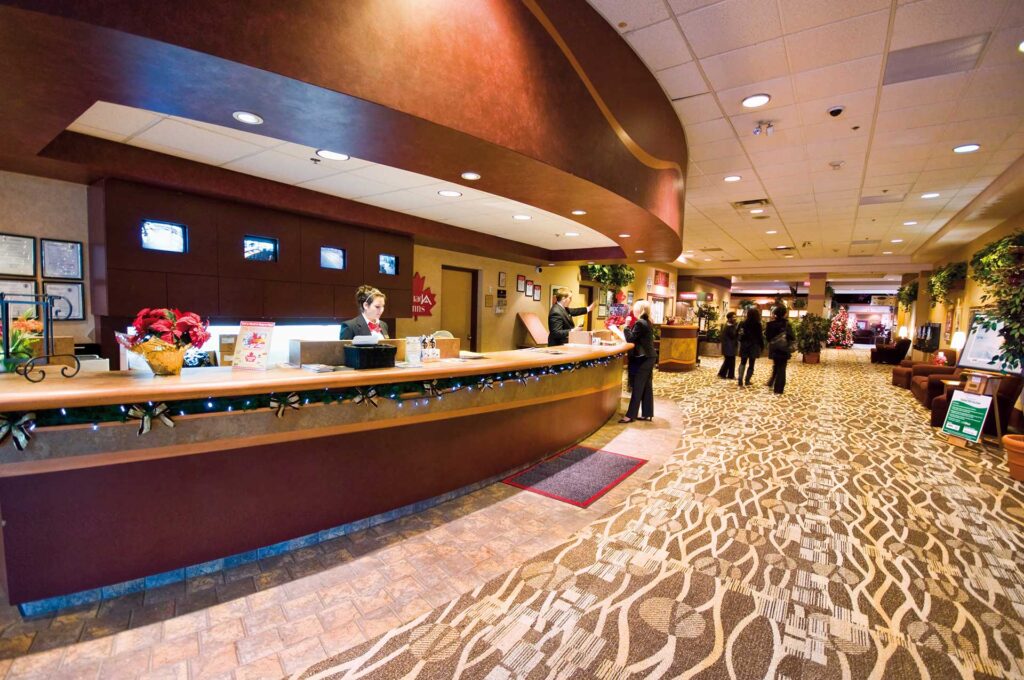 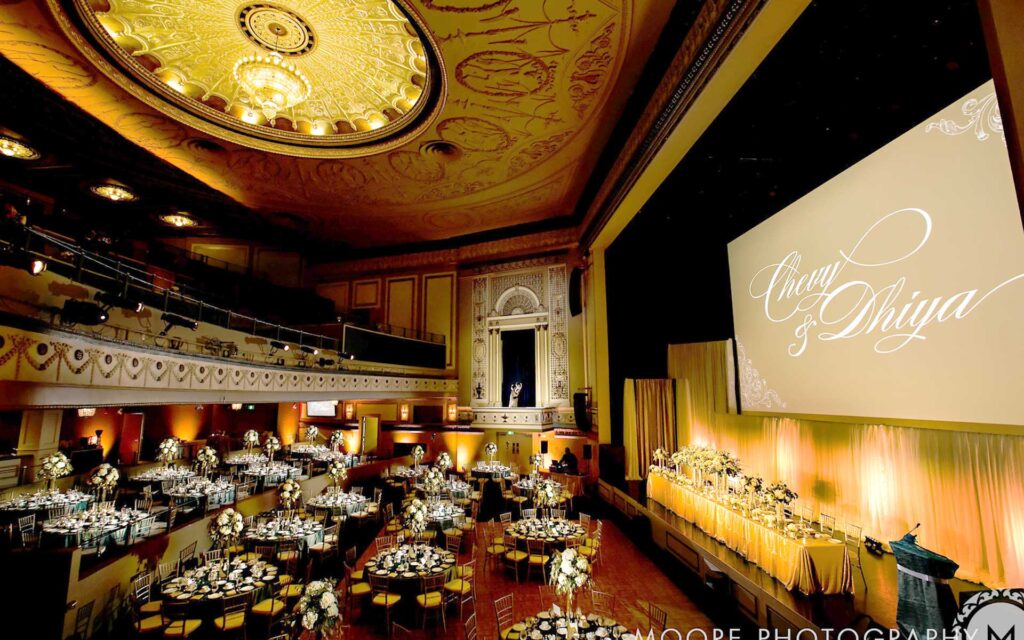 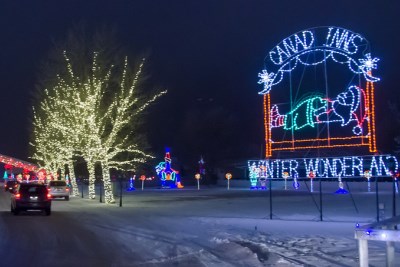 Canad Inns Destination Centres feature the finest in accommodations, food and beverage, entertainment, banquet and conference facilities, and so much more.

To provide our valued guests with the Best Service and Best Value in the Hospitality Industry.

Canad Inns continues to build on our destination concept by partnering with public sector entities such as:

Canad Inns is Manitoba owned, Manitoba grown, Manitoba PROUD!  Our pride is reflected in our commitment to our employees, our guests and the city and province we call home.

The Canad Inns “brand” is associated with service quality, innovation and attention to detail. Our team – known as the Canad Inns family – consists of approximately 3,500 individuals, all of whom challenge themselves daily to meet and exceed the Canad Certified Four Star Standards set for our properties. As a service business we understand that every day our guests interact with many of our 3,500 family members, many times and in many ways. As a company, we place our confidence in the people who work for us. We provide training and support, emphasizing guest service in all that we do. 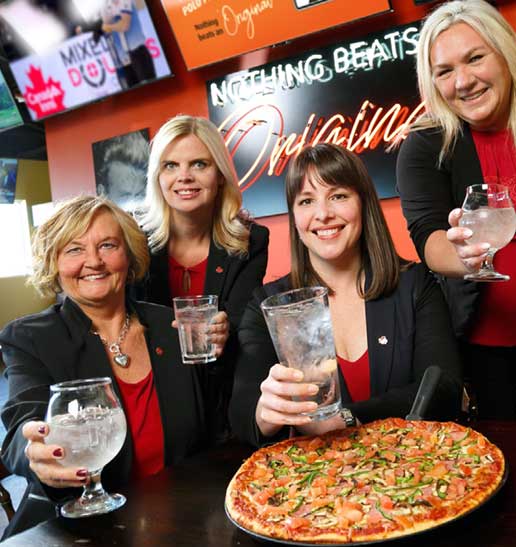 Celebrating the women of the
Canad Inns Senior Management Team

Canad Inns was featured in the 2018 May issue of the Who’s Who Women in Business Magazine! Several members of the Canad Inns family were recognized in the issue & celebrated for their influential roles within the company.

Smoke Free Facility: All indoor areas in our facilities are designated as Smoke Free environments including all hotel guest rooms. 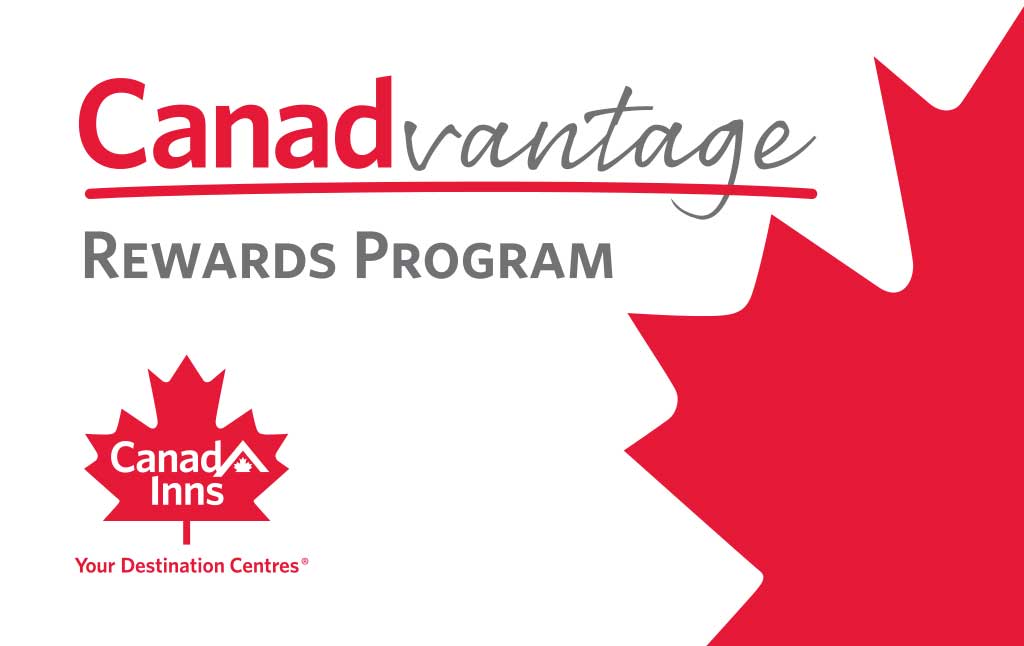 The Canadvantage Rewards program is the only rewards program that allows members to earn and redeem the same points for Guest Rooms, Banquets, Restaurants, and Special Offers – all with one simple to use program! 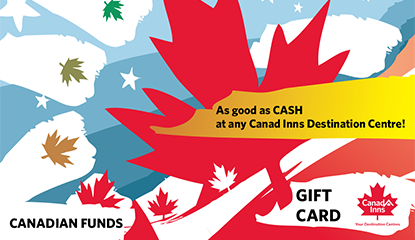 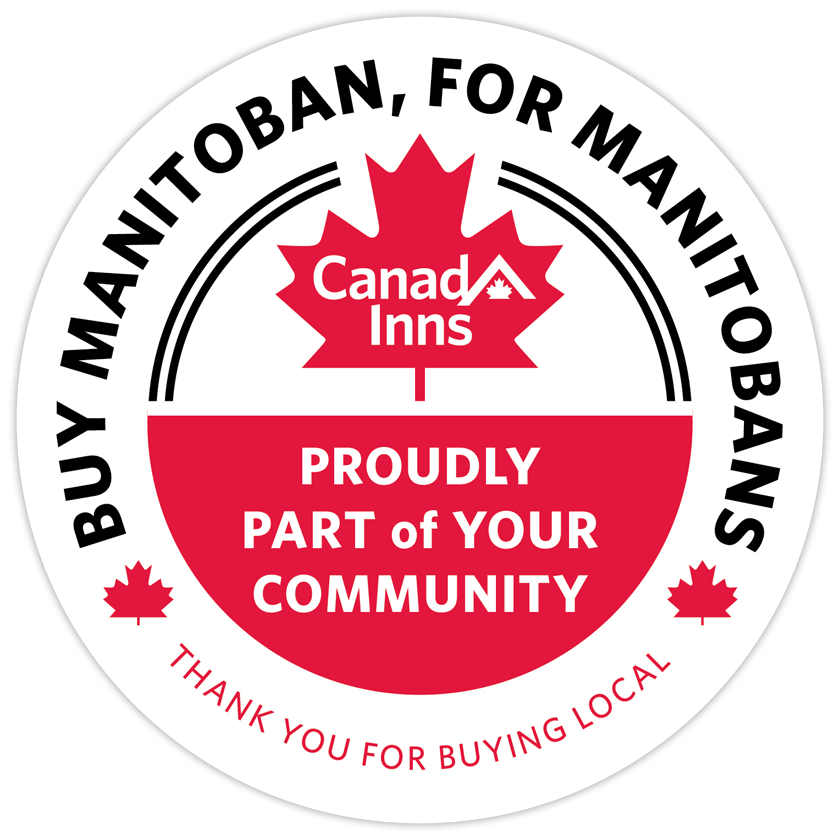 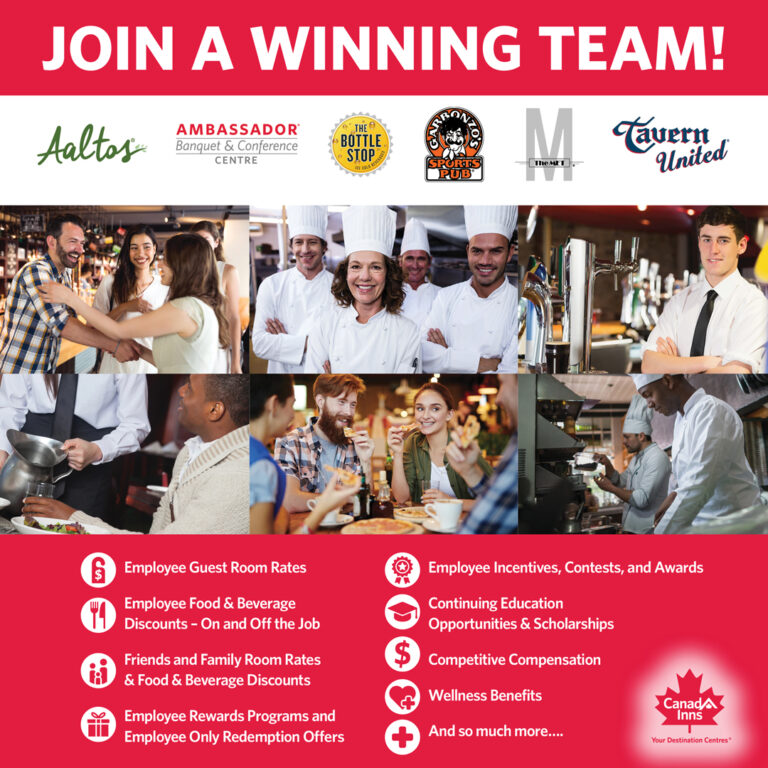